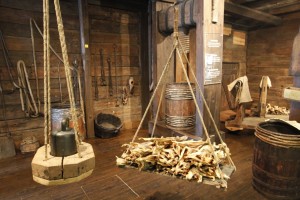 Note:  I first published this op ed for physicians in the Spring of 2007 as a newsletter column during my term as Connecticut Governor of the American College of Physicians.  It remains completely relevant today as healthcare remains in transition.   -EMM

It is no secret that many physicians are disgruntled and dissatisfied, and that the medical profession perceives itself as under siege. However, most of us as physicians don’t realize that our dissatisfaction does not arise simply from perceived Kafkaesque, malevolent external forces that include managed care, increasing bureaucracy, regulation, and governmental control. I would suggest that what is happening in health care is more fundamental, i.e. that we are in the midst of a seismic cultural transition in the practice of medicine, one that results in a clash between two completely different and separate worldviews, neither one of which is inherently evil or wrong. The problems and conflict derive from the fact that the “values” held by these two worldviews are largely incompatible; in fact, they are almost mutually exclusive.

I was first introduced to this concept when taking a course at the Harvard School of Public Health for physician leaders. Using the traditional business school approach, a real “case” was presented to the class of a modern company that produced small quantities of unique, fine art quality flatware. The employees of the company were indeed artisans, individually designing, producing and signing each piece, and personally controlling the production process for their handiwork from beginning to end. The beauty of the flatware was such that its popularity and demand grew to the point that the company decided to significantly expand production. A new management team was recruited and an “industrial” production model was implemented. In order to maintain quality and brand identity, designs were standardized, production steps were explicitly defined and segregated, individuals were assigned to specific production steps and measurements of consistency and quality were put in place. In other words, the company moved from a production process dependent on the work an elite group of highly skilled individuals to a mass production or assembly line model in which the system, not the individual, was determinant. Notably (and not unexpectedly), the artisan employees who were so responsible for the initial success of the company were extremely unhappy with this new production model. They rebelled and struggled against its implementation. Ultimately, they were unable to adapt to the new work paradigm and they left the organization. All the artisans were replaced by lower skill workers and the reconstituted company was extremely successful (and continues to flourish today).

This real business “case” is not unique but rather exemplifies what happened to countless industries in the early 1900s as the “industrial revolution” took hold. Prior to that time, most products were created by individual, highly skilled workers who controlled the entire production process from beginning to end. Production knowledge and skills were passed down from senior to junior workers via long apprenticeships. Skilled craftsmen belonged to exclusive guilds that were organized around their products and skills. The industrial revolution resulted in a complete paradigm shift in manufacturing during which the work of product production was totally reorganized and the guild system, as well as most of its craftsmen, were eliminated. This change led to an enormous increase in productivity and resulted in the high standard of living that we currently enjoy today.

This reorganization of the work of production had several components. As described by Darius Rastegar1, these included 1) dividing “work” into discrete (and simpler) tasks, 2) the evaluation and standardization of these tasks and 3) the rise of the managerial class to manage and control the production processes. All of these components, while necessary to achieve the overall goals of high productivity and efficiency, had their own negative consequences. Dividing up the production into simpler tasks required a less skilled workforce and, because of its repetitive character, the work itself became less intrinsically satisfying. Standardization and metrics, while assuring uniformity and at least a reproducible minimal level of quality, eliminated worker autonomy and emphasized “efficiency” and throughput over creativity. Finally, the rise of the managerial class further disempowered the workers and valued worker conformity and compliance over individual autonomy and personal excellence.  Nevertheless, it is difficult to argue that the industrial revolution was “bad”, even though it displaced skilled workers and eliminated many high skilled positions. And, it is equally difficult to maintain that there is not still inherent beauty and value in a carefully handcrafted product by a highly skilled artisan; beauty and value that far exceeds that available in mass manufactured products.

Health Care (now often called the health care industry) was almost a century late in coming to the party but is currently in the midst of its own industrial revolution. The medical industrial revolution is driven by many factors including the increasing complexity of medical knowledge, the rise of evidence based medicine, and public demands for greater transparency and quality with fewer medical errors. However, the fundamental force behind this transformation is economic; public demand for the production of health care “widgets” keeps rising (the appetite of the U.S. population for health care appears unlimited) but the cost of such production is effectively capped at the current level (i.e. 15% of the U.S. GDP). Consequently, the societal demand to improve the “efficiency” of producing health care widgets is irresistible. This requirement for substantially increased efficiency has resulted in the application of the industrial model to health care delivery and directly to doctors who were trained in and are disciples of the “old”, professional medical paradigm.

I would suggest that it is the clash of the cultural worldview of the medical profession with that of the purchasers and managers of health care (insurance companies, health administrators and government) that lies at the heart of so many physicians’ job dissatisfaction today. Physicians are the “artisans” who value such things as the doctor-patient relationship, empathy, continuity of care, individualization, personal commitment and accountability, education, professionalism, selflessness, autonomy and volunteerism. The industrial model values conformity, uniformity, efficiency, throughput, selfishness and compliance. (Capitalism is, in fact, built upon the foundation of avarice.) The conflict in which we currently find ourselves as doctors is that between the values of medical professionalism and those of capitalist commercialism.   Dr. Frank Davidoff wrote about this conflict2, framing the worldviews somewhat differently. He described the physician worldview as the “guardian moral syndrome” and the industrial worldview as the “commercial moral syndrome”. Furthermore, he characterized the current health care system and its working relationship of physicians and managed care (with their conflicting worldviews) as a “monstrous hybrid”.

Certainly, Dr. Davidoff is correct in his characterization of the current state of the health care system and I believe we can agree that the existing model of health care can be only transitional. A more stable and satisfying (to patients and doctors alike) paradigm must emerge because health care (and doctoring) will not go away. Unlike the artisans’ culture of the pre-industrial age, the ethos of medicine cannot completely disappear because the “widgets” of health care cannot be completely uncoupled from our and our patients’ humanity. In fact, our patients are caught right in the middle of this cultural conflict, desiring to consume large quantities of “artisan quality” health care but at industrial, mass-produced prices. The ancient healers, the “medicine men” of antiquity understood the power and “value” of the artistic side of medicine. They recognized that the relief of human suffering and even healing could be achieved by the authority of the (time inefficient) doctor-patient relationship. Even today, with all the technological and pharmaceutical advances available to us, our patients still look to us for reassurance, relief of suffering and healing human interaction. There is no time efficient way to mass-produce these widgets of physician-patient healing and they have real value, even in an industrial, commercial context. But, neither can we physicians, in the context of the nearly unlimited demand for our services, continue to struggle against the industrial model and its values of productivity, measurement, transparency and efficiency. Industrial medicine is here to stay and we need to find a path towards harmonious coexistence with it.

While Dr. Davidoff points out how difficult coexistence of these cultures will be, he suggests that our only hope for success is by implementing an approach called “knowledgeable flexibility”. This approach requires that both “sides” recognize and fully accept the cultural precepts and worldview of the other while acknowledging their inherent irreconcilability. “Knowledgeable flexibility” challenges both physicians and bureaucrats/administrators alike to be educated in and appreciate the alternative worldview and to be, themselves, sufficiently flexible to move back and forth between cultural paradigms as necessary. We as medical leaders must recognize that neither culture has exclusivity on that which is “right” for the future of health care and both worldviews contain valid precepts that must be accommodated. This accommodation will require many more physicians to be conversant in industrial and management principles and all physicians to understand and acknowledge the validity and necessary role of the commercial culture in health care delivery. Similarly, health care administrators must embrace the imperative to try to understand (and appreciate) the tenets of the culture of medicine and be willing to work constructively with physicians to incorporate their professional values into the commercial paradigm. Ongoing and intense communication between individuals on both sides will be required and we need to accept the inevitable fact that an uncomfortable tension will always exist. We physicians cannot be like the artisans of the flatware company, refusing to adapt to change and finally disappearing. Neither can we abandon the core values of the professionalsim that have served physicians and their patients so well over the centuries (and continue to have real economic value today). Crafting the future in health care delivery will require a positive, constructive attitude from both physicians and administrators, a lot of hard work, and ongoing frank, open and empathic communication. We physicians must be part of the future and can be, without abandoning the professional values of our past.